But what about CCTV systems? There are more and more systems being connected online to allow remote viewing, but how safe are they from hackers?

If a CCTV system is connected to a broadband line and is using the default passwords it can be very easy for an unauthorised user to gain access and do some or all of the following:

You wouldn’t install a lock and give a key to anyone who happens to knock on the door – which is exactly what you’re doing if you don’t change the default passwords.

Check with the manufacturer regarding how to change the passwords, and put it on your checklist to complete before signing the site off – The integrity of your customers’ CCTV system and your reputation may depend on it.

We’ve all seen Hollywood movies and TV dramas showing criminals tampering with CCTV systems prior to committing the crime.

Admittedly, they’re often pretty far fetched, but there are methods used by everyday criminals or disenfranchised employees to tamper with CCTV systems and leave them vulnerable.

Here’s 5 ways that your security system could be compromised through tampering, and how to detect that it is happening…

If you think it seems like a lot of work to check that your systems have not been tampered with and make sure they are working – you’re absolutely right, it would take a huge amount of resource to conduct these tests even once a day.

If you are responsible for the upkeep of your company’s security systems, or if you play an active role in reducing shrinkage, try CheckMyCCTV FREE for 14-days and check the status of your CCTV systems today.

Come and visit us at IFSEC 2011 at the Birmingham NEC on 16th-19th May, where we’ll be demonstrating some exciting new features to make it even easier to ensure your CCTV systems are working right now.

Find us at Hall 5/B118 on the Basson Trade CCTV stand.

The clocks went forward on Sunday 27th March, so it’s crucial that the time on your CCTV systems is adjusted to compensate. Last year, about a third of CCTV systems monitored by CheckMyCCTV did not update the daylight saving time, so were running 1-hour out for some time before they were adjusted.

Time and date information is critical with any CCTV system. If it is incorrect it can lead to issues searching for video evidence and events, especially if these are tied to times from other sources such as Till Receipts or ANPR collection. But not only that, if your system uses recording or alarm schedules it can mean your CCTV is not giving you the recording coverage you expect.

Recording schedules can change the record or quality patterns of the CCTV system, so it may adjust the quantity or quality of images from certain cameras at different times, if the CCTV clock is not adjusted, the record schedule will be incorrect.

Likewise, an Alarm Schedule may affect when alarms can be triggered on the system, this is especially important if your alarms are fed back to an RVRC (Remote Video Receiving Centre), as they will not receive alarms at the expected scheduled times.

CheckMyCCTV users were alerted if their CCTV systems did not change to Summer Time. Check that your CCTV system has adjusted the time using our FREE 14-day Trial.

With today’s high fuel costs, making unnecessary maintenance visits to customers’ sites can add a pretty high hidden cost to your bottom line. For example, a typical 100 mile round trip will cost in excess of £15. In isolation that may not seem a great amount, but how many miles do your service engineers cover in a month?

CheckMyCCTV can reduce the number of service visits you make by connecting to all your sites and automatically diagnosing issues before an engineer goes anywhere near the site. If a site visit is required, it can be made with all the correct replacement parts and tools without having to make a return trip, saving fuel, time, and manpower, and in an ever increasing green economy, reduce your carbon footprint.

CheckMyCCTV can not only help reduce the number of service visits, but also ensure service visits are more targeted, and improve efficiency within a service team. This was demonstrated to us this week when a hard disk failure was reported by a CheckMyCCTV monitored system – the end user was blissfully unaware of any issues because the system looked like it was operating correctly, it just wasn’t recording!

The installer was immediately alerted to the hard disk failure by CheckMyCCTV, which also indicated the required replacement hard disk size. The installer then contacted the customer to let them know they would visit to repair the faulty unit, before they were even aware there was a fault.

One check, One call, One visit, One happy customer!

Try CheckMyCCTV now and see how it can improve your service efficiency. 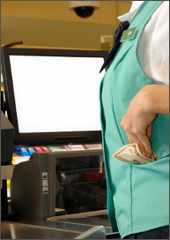 CCTV is an integral part of retail loss prevention, security, and health and safety, and modern CCTV systems are powerful devices which store many days, weeks, or months of unattended footage.

Digital CCTV systems are often seen as a ‘fit and forget’ solution, and in an ideal world they would be, but the fact that they operate with very little human intervention can also mean that it could be many days, weeks, or months before any problems are noticed, and often only after an incident has occurred.

There are plenty of things that can reduce the operational performance of a CCTV system at any time – such as cameras becoming faulty or being tampered with, the hard disk storage failing, alarm connections coming loose, and even the clock loosing accuracy.

Even in this digital era, when many CCTV systems are connected to networks, maintenance contracts are still based on one or two site visits a year from the installer to ensure that the systems are working effectively, but this can leave a large part of the year when your stores are vulnerable if there is a failure.

Manual checking can be a time consuming and mundane task, especially across multiple sites. This is where CheckMyCCTV can help by running multiple operation checks on all your CCTV systems every hour of every day, alerting you when any of issues are detected so they can be resolved quickly with reduced downtime and maintenance costs.

CheckMyCCTV is used to monitor thousands of retail stores to reduce the risk of faulty CCTV systems, contact us at sales@nullcheckmysystems.com for a FREE 14-day trial or to discuss how CheckMyCCTV can help you.

As part of CheckMyCCTV’s continual development, we are adding support for additional brands and products. The first of which is Dahua Technology, a leading manufacturer of security and surveillance equipment, which has now been released for Beta testing.

Dahua Technology provide OEM DVR/NVR solutions for Apollo, C2Max, DVR365, IntelliPix, Q-See, Watchman and others. If you use any of these brands and wish to participate in our Beta test programme, please contact us at support@nullcheckmysystems.com

CheckMyCCTV version 1.1.4 is now available to download. This version fixes a few minor issues we had found or reported by customers using feedback@nullcheckmysystems.com. Current users can update their software by clicking Help > Check for updates and follow on-screen instructions.

FIXED – When you initially create a Customer, a Site icon is displayed where the Set/Unset Icon should be.

CheckMyCCTV is ideal for monitoring the operation and status of your multi-site installations, especially when sites are located over large geographic areas, are unmanned, or you just need the reassurance that your CCTV systems are working.

It is often difficult to know at any point in time whether your sites are operational, checking manually can be time consuming, repetitive and often inaccurate, especially if there are 10’s or 100’s of sites to check.

CheckMyCCTV not only checks the health of your entire CCTV estate, but also that your sites are configured and operating correctly. Typical operational checks include:

CheckMyCCTV’s easy to use interface will always keep you up to date with the status of all your sites, no matter where they are.

CheckMyCCTV offers an incredible value proposition for peace of mind – typically less than 1% of the cost of your CCTV installation to monitor your site for a year. 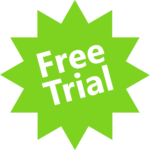 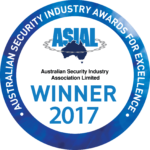 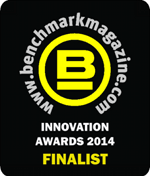